In our 145 years of history, we have made windows for everyone from homeowners and major corporations, to German kings. Whether a home or palace, we have the experience, know-how and craftsmanship to make your project perfect. 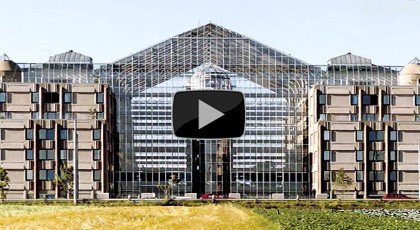 A Century and a Half of Craftsmanship

At just twenty-five years old, Ludwig Ulrich Neuffer founded the company in Germany in 1872. Family run to this day, Neuffer has been crafting custom windows and doors for nearly 150 years. With multiple German patents and an appointment as the Royal Glazier, Neuffer’s reputation quickly grew with overseas orders coming in by the 1930s. From residential projects, to corporate headquarters such as that for Daimler and suppliers to the Kings of Wuerttemberg, we have continued to deliver top quality custom built windows and doors, Made in Germany, to customers worldwide.

Today, we are the leading e-commerce business for windows and doors in Germany. Drawing on our long history of precision, innovation and growth, we have continued to expand to six continents and have established dedicated e-commerce sites in Germany, France and the United States with more in development. Our professional sales staff, unparalleled expertise, and worldwide logistics ensure that we can deliver the right solution for your project, wherever it is located.

Not long after the company was founded, Neuffer windows soon dominated the market. Ludwig-Ulrich Neuffer showed his extreme inventiveness and his technical adeptness with the development of the so-called "Neuffer Double Window", which was registered with the Royal Patent Office under the number D.R. 171244. This particular construction, truly innovative at the time,  allowed both the inner and the outer windows to be opened and closed together.

As is true of so many things, the talent for inventing lay also in the family. Thus Albert Neuffer followed the example of his father and developed two further windows the following year, which successfully caught the attention of the market. The Neuffer window "System Record" as well as the "Sliding Window System Neuffer".

Neuffer windows, now well-established as a window manufacturer within Germany, was also beginning to be noticed abroad and consequently, from 1934 onwards, substantial building projects were also successfully completed for overseas clients.

As a result of the ever increasing demand for Neuffer windows the business premises, now spread out as a result of WW2, were becoming too small. An appropriate piece of land was found in Stuttgart-Wangen, near to the port on the River Neckar, to which the company moved in 1955 thereby bringing together all the various factory premises and also a headquarters building.

In 1966 a grandson of Ludwig-Ulrich Neuffer, Albert Neuffer Jr., took over as General Manager of the window factory and was ably and actively assisted by his son, Jörg Neuffer, who entered the company after completing comprehensive training in Switzerland, Sweden, the United States and Finland before joining the company and simultaneously taking on a post on the Management Board of the "Jungglaser," an association of young glaziers.
By 1972 the company had grown to 150 employees and increasingly in the following decades the work was more oriented towards large projects.

One of the most prestigious contracts in this connection was the manufacturer, delivery and assembly of composite windows at the new Headquarters of the Daimler AG in Stuttgart-Möhringen. View our portfolio

Now in the fifth generation since its foundation Neuffer Fenster und Türen GmbH under its Managing Director Philipp Neuffer continues to grow and sell custom made German windows and doors worldwide.
In addition to Germany, Neuffer Fenster & Türen GmbH regularly exports to countries throughout Europe, the Americas and Asia.

Jörg Neuffer
Was this information helpful?
( 19 ratings , Ø 2.48 ) Thank you You have already voted